London has historically been a Labour stronghold, but in recent years the Lib Dems and Conservatives have been edging their way in, reducing majorities and in some cases gaining seats. The election could see gains by both the Conservatives and Lib Dems and with Labour floundering in the polls there could be some tight majorities.

Out of the 73 seats Cratus have selected a few of the more interesting races within the Capital.

Kensington is the most unequal constituency in the UK, home to both Kensington Palace and Grenfell Tower. South Kensington, Holland Park and Notting Hill are home to some of the most exclusive real estate in the world, in contrast, North Kensington and Ladbroke Grove have, for the most part, dense social housing and high levels of deprivation. Previously considered a safe Conservative seat, a Labour win in 2017 sent shockwaves through the Conservative Party. This is due to be one of the most fiercely contested seats in this election as Emma Dent Coad defends her majority of 20.

Kensington is one of the most pro-Remain constituencies in the country, with a 68.8 per cent vote to Remain. Previously, it has been a two-horse race between the Conservatives and Labour. However, the Lib Dems choice of candidate, Conservative Minister turned defector, Sam Gyimah has made it very much a three-horse race. Kensington has long been touted as the natural preserve of a moderate, pro-Remain Conservative-style candidate, Mr. Gyimah. However, the polls are currently showing the Conservative candidate finance lawyer, Felicity Buchan, leading, with the Liberals Democrats in second and Labour in third.

Kensington is top of a list of 31 marginal seats released by the Muslim Council of Britain where Muslim voters could have a high or medium impact and alleged Islamophobia within the Conservative Party could have a detrimental impact. Meanwhile, the Government’s lack of meaningful action after the Grenfell Tower tragedy is a further issue for the Party to overcome.

In short, the splitting of the remain vote will help the Conservatives in this seat. However, if turn out is high in Labour’s North Kensington heartlands on election day, then we could see them win Kensington again. This is a three way marginal seat and is really too close to call.

Cratus prediction – Plausible Liberal Democrat hold. The incumbent is a popular constituency MP who has fought off one Conservative after another against the odds since 1997. Brake beat the Conservative candidate Matthew Maxwell Scott in the last election. The divisiveness of this election will understandably see some traditional Labour and Green voters tactically vote for the Liberal Democrats to stop the Conservatives. Despite a Leave majority in the constituency, a small percentage of Leave voters may be willing to vote for an active constituency MP if they believe they are going to get a Conservative government and Brexit anyway (as the polls suggest). Indeed, this was the outcome in 2017 and with the Lib Dems vote increasing since then, it seems unlikely that the outcome will be drastically different.

Cratus prediction – Too close to call. Younger, more ethnically diverse families have been priced out of Inner London and have moved outwards to London suburbia. For Chingford and Woodford Green, these demographic and generational changes have meant that for the last two elections, Labour have been on the rise here – with a 15.2% swing at the last election. Iain Duncan Smith, an ardent Brexiteer, is a divisive figure for many of these incoming votes who see him as a representative of the old guard of politicians; with a younger, impassioned opponent, his luck may have run out, however the Conservatives are more confident that they will hold the seat than at the start of the campaign.

Cratus prediction – Labour Gain. Two issues have dominated the election campaign so far in this constituency: Brexit and the anti-Semitism row. Villiers, the Environment Secretary, is a leading Brexiteer despite her constituency having voted strongly for Remain. Many feel therefore that she does not represent their views. However, Chipping Barnet has the highest Jewish population in the UK, and many have reservations about voting for a Labour party that has been engulfed by allegations of anti-Semitism for the past four years. The Lib Dems won just 5.4% of the vote in 2017 so don’t look a realistic option. Nonetheless, we could see a narrow Labour win as Whysall is both a Remainer and not a Corbynista.

Cratus prediction – Conservative Hold. Chuka Umunna, the most high-profile Labour defector is hoping the Liberal Democrats can leapfrog from 3rd in the 2017 election to first in this election. The party believes May’s European Elections are a good indicator of support for the Lib Dems, having won more votes than Labour and the Conservatives combined in both parts of the constituency. Mark Field’s announcement that he is quitting parliament was a massive boost to Umunna’s campaign. The high remain vote has made this seat a key Lib Dem target seat. However, the Conservatives have selected Nickie Aiken who is well known locally due to her position as Leader of Westminster City Council. She will be seen my many in the constituency as a safe pair of hands with an excellent understanding of local issues.

Cratus prediction – Labour Hold. In 2017, Sarah Jones won the seat for Labour for the first time since 2001. The Leave and Remain vote was split pretty evenly and is unlikely to have a large impact on the final result. The Lib Dems have historically lacked support and been unable to capture voters and there is no indication that this will change. Although Sarah Jones’ majority isn’t totally safe she should be able to hold this for Labour.

Cratus prediction – Labour hold. Bambos Charalambous was one of Labour’s surprise winners in the 2017 election, deposing Conservative, David Burrowes, who is hoping to make a comeback in this election. The seat has a Greek Cypriot community of around 6,000 who take much pride in Charalambous being the first MP from their community. However, that does not guarantee their support with many being unimpressed by the ‘sitting on the fence’ Brexit strategy of Labour. Meanwhile, the 1,500 Jews in Enfield Southgate have not been impressed by the allegations of anti-Semitism in the Labour Party. However, even if Labour lose support to the Lib Dems here, there will be enough Remainers that vote tactically for Labour that they can win.

Cratus’ Prediction – Conservative Gain. The Dagenham and Rainham Seat will be a target for the Conservatives who will be hopeful that they can overturn the 4,655 Labour majority in an area that heavily voted to leave the EU (70.3% leave). Jon Cruddass is well known locally but has recently come under fire for not supporting his constituent’s views by not backing Brexit. Conservative Candidate, Damien White is the Leader of neighbouring council Havering and is close to Andrew Rosindell so will have lost of support from within the Conservative Party. He will be hoping to take this seat on a Brexit focused campaign. However, The Brexit Party are standing a candidate and they could take some of the Conservative votes from the Brexiteers in the seat. This will be very close whoever wins it is likely to be a slim majority.

Cratus Prediction – Conservative Hold. The incumbent is a popular constituent MP and has held the seat for the last three elections. However, there was a strong Remain vote and this is clearly a target seat for the Liberal Democrats. Luciana Berger was the Labour MP for Liverpool Wavertree between 2010 -2019 and resigned from the party to co-found the Independent Group, then later joining the Liberal Democrats like fellow candidate Chuka Umunna. There is some suggestion that she will spilt the Remain vote with Labour with the campaign becoming some what nasty over the last couple of days. This will be a very close fought seat between the Lib Dems and Conservatives. There has been a recent poll that suggests the Conservatives are slightly ahead but it is unlikely there will be much in it on election day.

Cratus Prediction – Conservative Hold. Incumbent Bob Blackman is set to hold his seat even if it is by a very slim majority. It is expected that the Lib Dems are going to split the Remain vote allowing Blackman to retain his seat. Although Labour have slowly increased their share in the vote over recent elections, they are likely to run into issues on anti-Semitism as there is a large Jewish community in Stanmore. Jeremy Corbin’s position on Kashmir is not universally popular with the large Hindu community across the constituency, making it more likely that the Conservatives will hold the seat.

Cratus’ Prediction – Conservative hold. The Conservatives and Liberal Democrats have been campaigning hard in the area. The Liberal Democrats are looking to capitalise in on the high Remain vote in the area. Lib Dem candidate Paul Kohler is a Merton Councillor for Trinty Ward where he was first elected in 2018. Incumbent Stephen Hamond had the whip removed by the Conservative Party along with 21 fellow MPs. He has since been restored to the Conservative Party and is seen by a good constituent MP and this coupled with an established Conservative voter base should see him retain his seat, even if his majority is reduced. Labour Candidate Jackie Scheider is known well locally and has focused her campaign around the Conservatives delivering a ‘disastrous Brexit’ however, this is unlikely to win over Conservative voters as Hammond has proven in Parliament that he will not support a no deal Brexit. 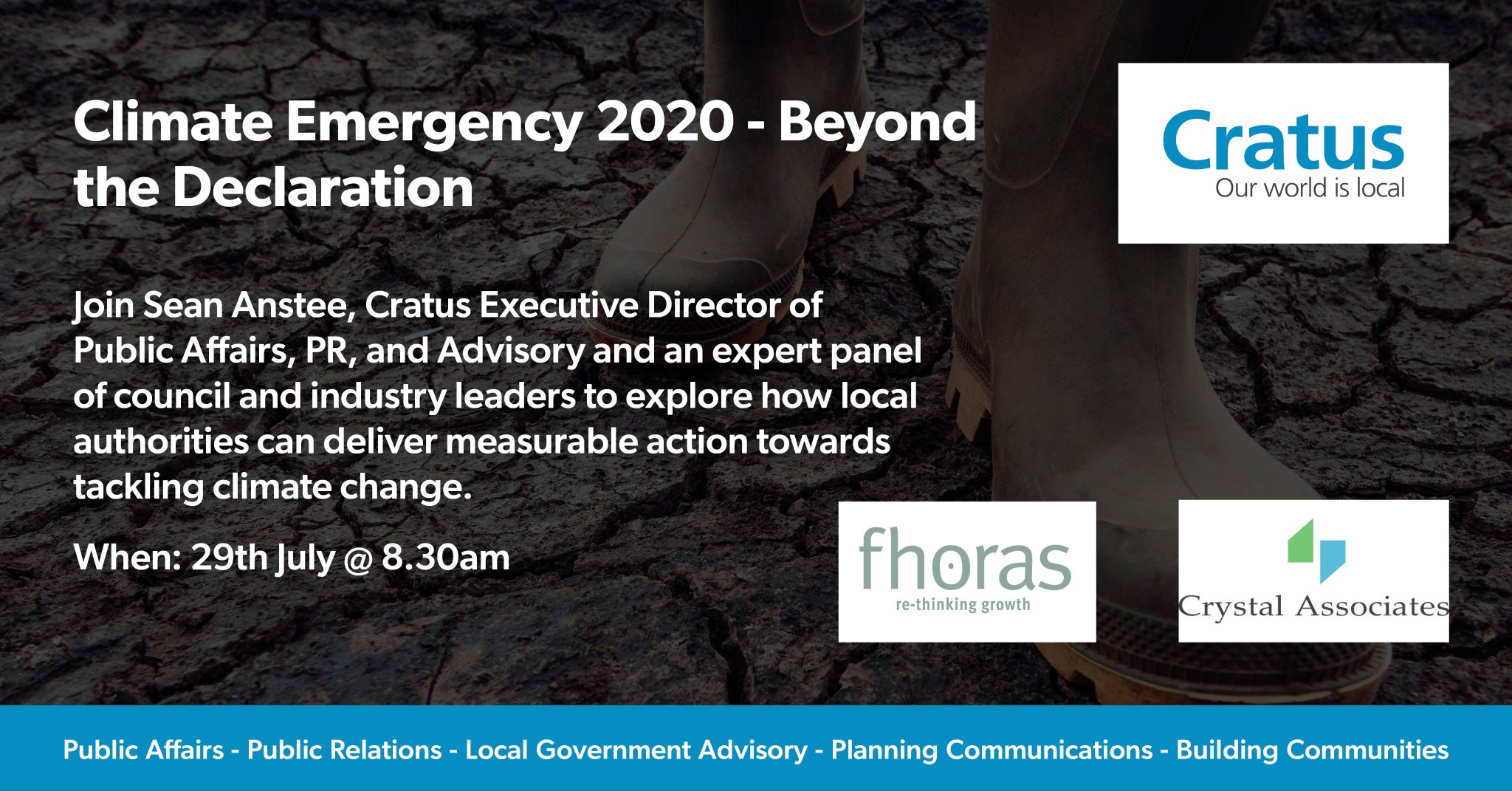