George Osborne has been described as having performed a magic trick in his Spending Review by, amongst other things, managing to perform a £4.4bn U-turn on the central Conservative policy of tax credit reform.

Perhaps though the real trick was to come out the day after, hard hat on, and explain away the move as if it was intended all along and meanwhile he will ‘continue to take the tough decisions’. Despite the hard hat the Emperor is wearing new clothes – see George’s new Caesar style haircut – but thus far no one has noticed.

Away from the world of welfare the Review included a number of significant planning and housing related announcements. Notably, prior to the Review, amid a climate of cuts, housing was one of the few areas which would receive more public funding. Emperor Georgios did not disappoint.

The most important announcement was the doubling of the housing budget to 2bn. This extra funding will be used to help to build 400,000 affordable new homes by 2020. Half of these will be first time buyer starter homes, with a further 135,000 ‘Help-to-Buy shared ownership’ homes. The common theme was a strong focus on affordable ownership, rather than affordable rent. On the day of the statement he recognised the crisis in homeownership, and declared that ‘in this Spending Review: we choose housing’.

Further announcements included a specific London Help-to-Buy housing scheme, a review of the New Homes Bonus scheme and a standardisation of Viability Assessments. In addition, to help ensure the delivery of local housing allocations, Local Plans will now be tested by central government on the deliverability of housing sites to ensure housing completions. At the time of writing, the criteria of this new test are unknown.

London saw the launch of a capital specific London Help to Buy scheme. This will allow buyers with a 5% deposit to get an initially interest free loan covering up to 40% of the value of the property. A Right to Buy pilot scheme was also announced allowing tenants of five housing associations in London to buy their homes through a Right to Buy mechanism.

Osborne also announced new measures to weaken greenbelt protection. The announcement is brownfield land, located in the greenbelt, will be viewed by the planning system as a brownfield application if a scheme included starter homes. This move will help to continue a medium term trend under the Coalition, and now the Conservatives, which has seen successful greenbelt housing applications rise from 2,258 in 09-10 to 11,977 in 14-15.

For obvious electoral reasons the Conservatives continue to be the party to, at least rhetorically, defend the greenbelt. Their 2015 Manifesto was no different, promising that the greenbelt would be ‘safe under us until 2020’. However, as Britain’s housing crisis deepens the need to find housing sites, greenbelt or not, continues to rise. This new announcement is sensible though the likely number of homes that could be delivered from such sites is as yet undefined. A barrier to delivery will be the additional land contamination clean up and access costs synonymous with previous industrial or commercial sites.

As recent debates in Parliament on the Housing and Planning Bill have demonstrated, the Conservatives belief in facilitating home ownership rather than stabilising private or social rental continues unabated. Whatever the merits of ownership over rental, the Treasury has now earmarked £2.3bn for a 20% discount on Starter Homes for developers on properties up £450,000 in London and £250,000 outside, and £4bn to housing associations, local authorities and the private sector to deliver the Shared Ownership homes. This is significant capital that can facilitate socially minded development. No U-turn George.

Cratus @CratusComm 8 minutes ago
RT @kingstonkilby: An excellent and genuinely inspiring event by @Thakeham We remain proud to be a part of the Thakeham journey in the last… 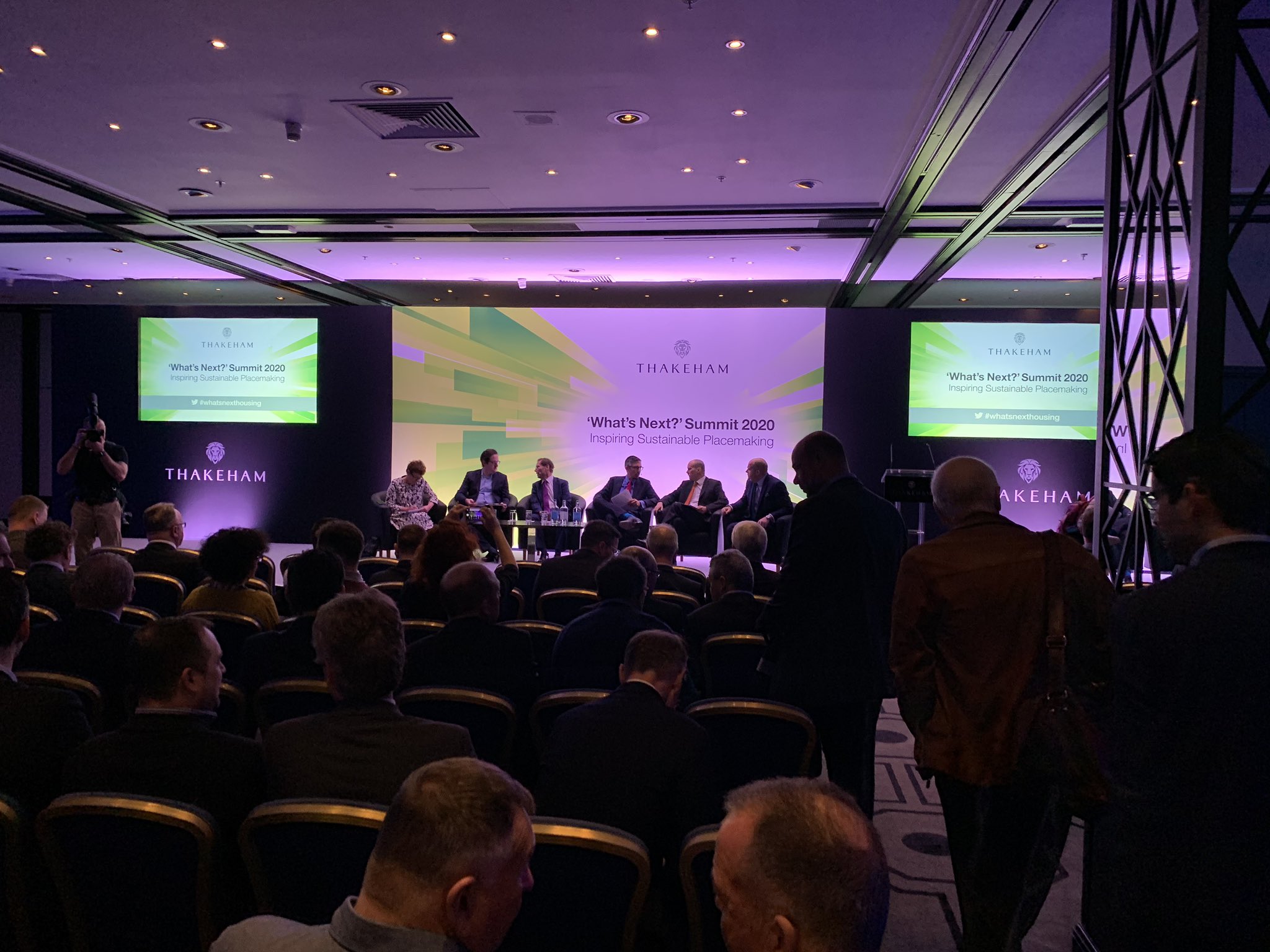